In early 2022, an information stealer known as MetaStealer has been gaining traction in dark markets. The MetaStealer malware is used in malspam campaigns that have been using phishing emails with a malicious excel attachments to deliver the malware through macros.

While the malware currently spreads through email, the fact that this malware is available to purchase, could mean we may see MetaStealer malware distributed through other means such as social media.

According to the NCCGroup, MetaStealer is a newly discovered variant of information stealers that followed the sudden, albeit short, suspension of Raccoon stealer’s operations in March of 2022.

The MetaStealer malware is available on a deep web marketplace for $125 a month, or threat actors can purchase a lifetime license for a flat fee of $1000. It has also been distributed through emails disguised as financial transaction messages. The excel document attached to the email contains a macro, and once allowed, it will then download and run the malware. 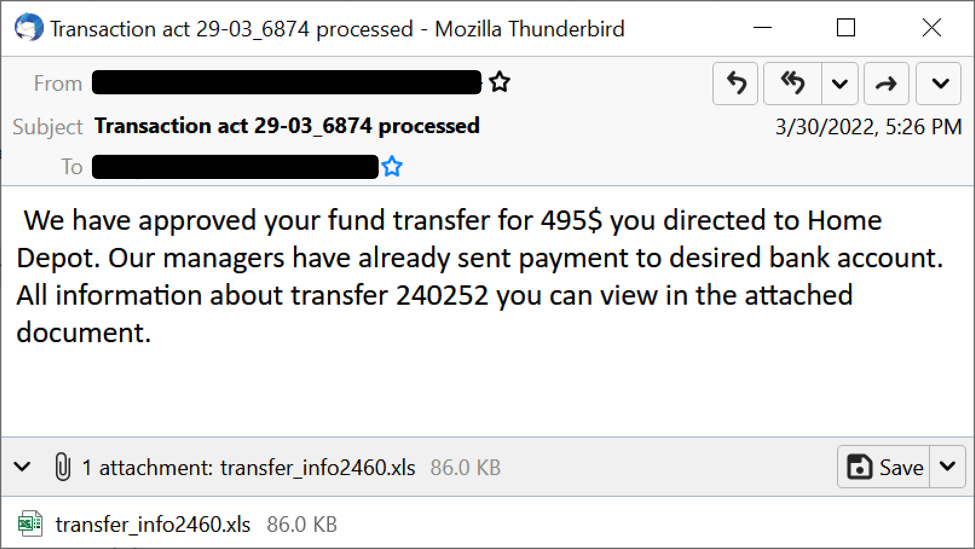 So far, there have been no reports detailing any specific victim selection for this campaign. For now, it appears as if the victims of this campaign are random.

Threats To Social and Mobile Chat

The MetaStealer malware has only been reported using spam emails. Still, with the growing popularity of this malware, some actors looking for new delivery methods could attempt to spread it through social media messaging or mobile chat apps like Telegram and WhatsApp.

All this campaign needs realistically is a way to distribute the excel document, and most messaging applications allow for file transfers. Most messaging platforms don’t even do any file analysis or sandboxing on distributed files, so actors could have an easier time distributing their malware without the threat of detection.

Defending Against the MetaStealer Malware

To defend against this type of malware campaign, it is vital to practice proper guidelines to identify and report such attacks. Here are some of the best security measures on how to prevent hackers from stealing information:

Additionally, for Safeguard Cyber customers, be sure to turn on the malicious detection policy in the SafeGuard Cyber platform. We have tested the detection of this malware campaign through Slack and confirmed that the platform does alert to incidents with this file.

Learn how to prevent hackers from stealing information from your company with smart, intuitive cybersecurity. Talk to our experts and schedule a demo if you want to see more of SafeGuard Cyber in action.